The Actress is My Favorite 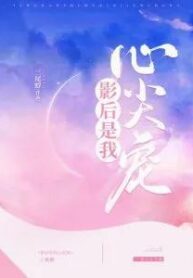 Read The Actress is My Favorite Xia Shutong lost her memory, and when she woke up, she found that she had changed from an orphan who was bullied by others in a slum to a young president of Wutong Films who made everyone in the industry fear.
Xia Shutong: ——?
Everyone knows that Xiao Xia is always cold-blooded and ruthless, unscrupulous,
However, there are rumors that Xiao Xia has been hiding in the golden house for many years, and he is obedient to the little girl, holding her on top of his heart and doting on her.
But no one knew who the little girl was.
In this regard, Xia Shutong, who has amnesia, upholds the attitude of not spreading rumors or believing rumors——
It wasn’t until one day that Xia Shutong accidentally found a red book that she realized that she had really been married for many years.
Her hidden marriage partner is still Yun Feiwu, the national goddess with whom she has nothing to do with each other.
Xia Shutong: ——? ? ?
—
There is no one in China who does not know Yun Feiwu.
Yun Feiwu made his debut at the age of thirteen, worked alone in the entertainment industry for ten years, and won the crown of actress at the age of twenty-three.
Formally grown from a national girl to a national goddess.
On the night of the award presentation, the indifferent little goddess Yun Feiwu showed an incomparably sweet smile to the camera.
Social media was paralyzed in the middle of the night, and fans howling excitedly could be heard walking on the street.
But everyone doesn’t know——
Yun Feiwu just smiled for someone to see.
—
[The big sister who seems ruthless is actually soft and glutinous x the little actress who is indifferent to the outside and loyal to the inside]
Note:
1. Same-sex marriageable background
2. Amnesia memes
—
“It turns out that to love someone… is to have the courage to break free from all shackles,
Even if the whole body is covered with scars, I have to fight for her. ”
–Inscription Content tags: strong special liking entertainment circle sweet text
Search keywords: Protagonist: Xia Shutong, Yun Feiwu ┃ Supporting role: ┃ Others:
One-sentence introduction: You are my anchor
Conception: work hard, break through the comfort zone, embrace a new life, and reap love Show more

The Rise of Phoenixes

People Are In Konoha, You Call This a Ninja Tool