The Apple of the Ruthless CEO’s Eye: My Sweet Wife Is so Adorable 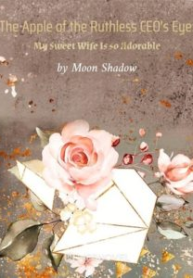 The Apple of the Ruthless CEO’s Eye: My Sweet Wife Is so Adorable Average 4.8 / 5 out of 4

Qiao Mu moved in with the rich and powerful Qiao family as a bastard when she was five. She lived on tiptoes, fearful of upsetting her stepmother and stepsister. Living in the mansion next door was a big brother who spoiled her like a princess, buying her all the cakes and candies in the world. However, he suddenly disappeared one day.
Ten years later, he was back. Qiao Mu first encountered him again on her eighteenth birthday party, even though she did not recognize him, and she ended up waking up in his bed! A series of event unfolded after that, and Qiao Mu was certain that this man was no longer the affectionate big brother who doted on her.
But was it really so? What was actually on his mind?

I’m Scattering IQ to the Protagonist

Beautiful Female Lead, Female Protagonist, Handsome Male Lead
We use cookies on our website to give you the most relevant experience by remembering your preferences and repeat visits. By clicking “Accept”, you consent to the use of ALL the cookies.
Do not sell my personal information.
Cookie settingsACCEPT
Manage consent