The Creator of the Second Dimension 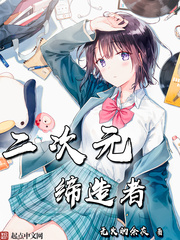 N/A, it has 1K monthly view

Coming to the parallel world, Xu Rui, an animator, became a fresh graduate of animation major.

There is no “Light Tone Girl”, no “Monumental Story”, no “Magic Girl Madoka Magica”, and no “Your Name”…

So, starting from the animation, Xu Rui set off a dimensional storm that swept ACG.

In the bell of the Ningjiang Stock Exchange, a reporter asked Xu Rui:

“Actually, I just want to be an ordinary animator.”

In fact, it is a serious two-dimensional essay copying the public novel, you should listen to it seriously.

The Wizard who Came to Marvel World

The Book of Maiden Contract

All Realms Sign-in from Hokage

Absent Parents, Businessmen, Family Business, Male Protagonist
We use cookies on our website to give you the most relevant experience by remembering your preferences and repeat visits. By clicking “Accept”, you consent to the use of ALL the cookies.
Do not sell my personal information.
Cookie settingsACCEPT
Manage consent