The Emperor Descending the Heavens 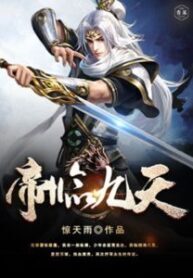 The Emperor Descending the Heavens Average 4 / 5 out of 3

Hundreds of thousands of years ago, the Heavenly Imperial Palace tore open the void and entered the Wilderness, opening the Cultivation Era. Tens of thousands of years later, the youth entered the void and returned. After cultivating for a thousand years, he established the legend of being an undying. The Heavenly Imperial Palace opened, concealing the secrets of the ancient era, exposing the mysterious veil to the world. The mysterious Heavenly Mystery, Void Flows, Hell’s Yellow Springs, Ancient Sea of Stars, Ancient Dao of Stars, Ancient Desolation of Immortals, Ancient Realm of Heavens, Sea of Immortals, Shattered Dao Domain, and Divine Realm of the Nine Heavens were all born. However, in the vast world, all of this was just the tip of the iceberg. – Description from Novelupdates Details Show more Show more