The Emperor Reigns Them All 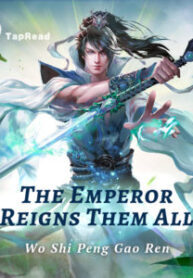 The Imperial Court of Tang Empire became dim and corrupt. The Emperor believed eunuchs. The officials vied with each other for authority. The Tang Empire was about to collapse. The flouring Confucianism, Buddhism and Taoism eyed it covetously. The three sects wanted to contend for the domination of the whole world. Which one would win in the end? Or would they coexist peacefully at last? Armies of different nations invaded the frontier on all sides. People and the whole world were in extreme misery. Who could save them? A young man of the Imperial Clan was reborn in Chang’an. In the Last Life, he was framed and was driven out of his place. He was the king of the subjugated country. When he wandered on the streets, he wanted to be an ordinary people and live an ordinary life in Chang’an but failed. In this life, he determined to fight against the heaven and change his own fate. He would not give those people an opportunity who framed him in his Last Life. He would hold his title and his place. In order to maintain order and peace of the world, he was going to wipe out all villains of the whole world with the Imperial Sword, adhere to the emperor’s principle, and enact the new national law. He would rule over the empire to prove himself. – Description from Novelupdates Details Show more Show more

Strange Life of a Cat

Transcend Race Due to System Error

Auto Hunting As A Clone