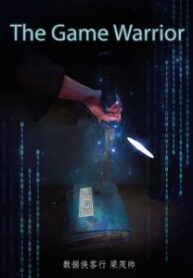 Senior high school student Dugu Hong was logical autistic and had a very high IQ. Despite his impressive IQ, he was never taken seriously by his teachers or schoolmates. While playing a recently released eastern Wuxia online game called Jiang Hu, three vicious classmates trapped Dugu into a mountain cave in the game with no hope of escape unless he deleted his account and re-register it. Not succumbing to their demands, Dugu decided to stay in the cave and explore the game system, which benefited him greatly. His persistence to obtain massive internal strength aided him in finding a superior way to improve himself, and thus opened the function of inner observation of the main and collateral channels. Meanwhile, in the real world, he discovered he had supernatural powers when he tried to save the girl he secretly loved who had caught the eye of a gangster on the suburban railway. – Description from Novelupdates Details Show more Show more

Rebirth of the Super Agent: Miss Good-for-nothing Turning the Tables

People Are In Konoha, You Call This a Ninja Tool

All Realms Sign-in from Hokage