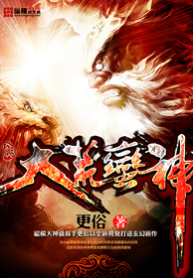 Three years ago, Chen Xun was just a recent graduate of medical school. He decided to travel to the Qinghai-Tibet Plateau alone for two months before he started working.

As he was passing Mount Sumeru, the sky began to dim. The winds whipped up, along with thunder and lightning. A tornado quickly formed, lifting Chenxu into the atmosphere.

Just then, he saw a three-eyed, six-armed monster at the end of the tornado. Chen Xun freaked out. What on earth was that creature?