The Hero Took Everything from Me, So I Partied with the Hero’s Mother! 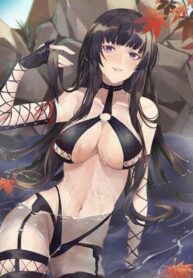 The Hero Took Everything from Me, So I Partied with the Hero’s Mother! Average 5 / 5 out of 1

Ceres, a magic swordman who has been treated as a burden in the party, is finally dismissed by Zect, the hero and leader of the party. He realized that all of his childhood friends belonged to Zect and there was nowhere for him to stay, so he decided to go off on his own…
However, he’s actually a reincarnated person and used to be much older, so he didn’t really bear it that much when he was expelled.
And he was… well, from here on out, you’ll have to read on to find out. Show more

Ninja World: I Have A Life Simulator