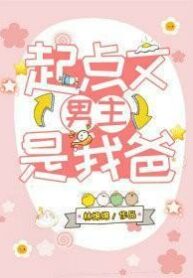 起点文男主是我爸 / Daughter of the Male Protagonist

This novel is also known as Daughter of the Male Protagonist As luck would have it, Luo Shuyan unintentionally found out that she’s a character from a male protagonist novel, and she happened to be the only child of the male protagonist. The male protagonist had intimate encounters with countless women. He rose from being one of the poorest to one of the richest in the entire kingdom. He was a man that was above all others. Well known to all, his only weakness was his dear daughter, who had sadly passed away early on in life. Even the female protagonist, who was placed at the pinnacle of his heart, didn’t dare to mention the name of his daughter. Luo Shuyan, who was destined to die early, was perplexed with the setting of the story. Additionally, she found out an even more intriguing fact — The mother and son duo who lived next door to her was the heroine and son from the novel, “Child Prodigy: Story of a Delicate Mama Fleeing with Her Child”. #A story where the male protagonist is my father. Plus, an unbelievably cliche side-story of my childhood best friend’s mother who ran away from home# #A melting pot of stereotypical plot points between male-centered and female-centered novels# #Sigh, what on earth is happening?# Show more

After Awakening, I Conquered The Whole World

The Story of a Stroppy Princess

So You Have Loved Me Too