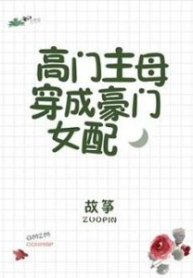 Gu Xueyi was born into a family of generals and was the master of the Sheng family, the one person in charge of a family of 400. But when she woke up, she had transmigrated into a novel and was the ex-wife to be of the male lead and doomed to die early.

Looking at the four siblings of her husband, Gu Xueyi frowned and thought: “Back in the day, the sons of the Sheng family were able to go to battle, to become generals, to conquer the Imperial court and become officials. All of them were useful men, so why are those bigshots in the modern day so useless?”
Whether her husband wants a divorce or not, first she has to teach these idiots the right way!

Months later, the missing husband returned to the Yan family.

Only then he found out that his unruly and hateful wife had become the dream woman that everyone wanted to marry and that they were all waiting for him to divorce.

Titan Beneath the Heavens

The Darling of Heaven Owns a Rip-off Shop

Arrogant Characters, Beautiful Female Lead, Charismatic Protagonist, Complex Family Relationships, Confident Protagonist, Family, Female Protagonist, Transmigration, Wealthy Characters
We use cookies on our website to give you the most relevant experience by remembering your preferences and repeat visits. By clicking “Accept”, you consent to the use of ALL the cookies.
Do not sell my personal information.
Cookie settingsACCEPT
Manage consent