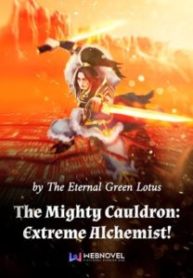 In a freak alchemy accident, the omnipotent Extreme Alchemist of his generation was bound to the continuous cycle of worldly existence. His fallen soul was reincarnated into the body of an ordinary young man named Fang Lin.

From then on, Fang Lin became the chaotic mess of an alchemy genius.

“You’re nothing but scraps before me. I am the almighty Extreme Alchemist! So, you’re a martial arts genius, huh? Come…Come. Come! Have a taste of the elixir made by the great master.”

The path of becoming an extreme alchemist was rough, bumpy and rugged, but at the end, the Mighty Cauldron awaited beyond the Nine Cauldrons!

One Piece: Start With Trash Collecting

Alchemy, Chapters Reviews, Reincarnation, Second Chance
We use cookies on our website to give you the most relevant experience by remembering your preferences and repeat visits. By clicking “Accept”, you consent to the use of ALL the cookies.
Do not sell my personal information.
Cookie settingsACCEPT
Manage consent