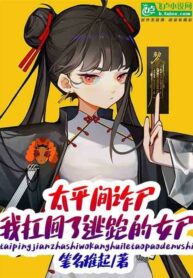 God Of Mountains,Seas And Seas

Read The Morgue Cheated The Corpse, But I Carried Back The Corpse Of The Woman Who Escaped Lin Yun travels through the parallel world and obtains the [Ruthless Human System]. As long as he completes the tasks issued by the system, he can get rewards.   The first task turned out to be watching a horror movie in the morgue.   Who would have thought that in the middle of the night, a female corpse escaped.   For the system reward, Lin Yun decisively went to catch the female corpse.   When Lin Yun returned to the mortuary carrying the female corpse, the entire hospital was in a frenzy, and the entire network was in a frenzy.   “Fuck! This guy is a ruthless man!”   “666, this is the legend that as long as the money is in place, I will carry the corpse back for you when it runs away?”   “Leaving a big spectrum, it’s really awesome to my ruthless Brother Lin.”   …   What’s even more ruthless and outrageous is that Lin Yun actually pulled the corpse of the corpse to watch a horror movie in the morgue for one night, and the corpse was scared to cry. mtlnovel faoo novel Show more

I Became the First Prince