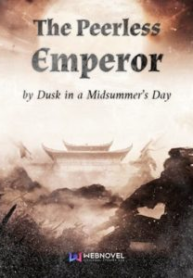 Dusk in a Midsummer’s Day

Lin Qian, the earth’s national war game master, a standard RMB fighter! After the accident, he was reborn in another world.

However, in this alien world, apart from a better cultivation talent, there is no special skill.

He fry the alchemy furnace, the refining tools are turned into scrap iron, not to mention other life skills such as formations.

However, Lin Qian accidentally discovered that in his previous life, the huge empire that dominated the server in the game not only followed through.

The invincible generals and army commanders who were originally just a bunch of data, and the imperial army in units of billions, had a life, survived, and swear allegiance to him!

Army Building, Body Tempering, Generals, Harem, Kingdom Building, System, Transmigration
We use cookies on our website to give you the most relevant experience by remembering your preferences and repeat visits. By clicking “Accept”, you consent to the use of ALL the cookies.
Do not sell my personal information.
Cookie settingsACCEPT
Manage consent