The Promotion Record of A Crown Princess 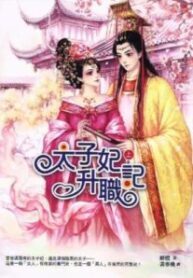 Occupational Analysis of “Crown Princess”: Number One: Promotion prospects are bleak, Crown Princess—Empress—Empress Dowager, the time between each is vast, and difficulty is extremely high. Number Two: No guarantees of continuous labor, not to mention the lack of insurance, you can be dismissed at any time, furthermore you will no longer be able to start another career! Number Three: The nature of the job is dangerous, at any time there is the danger of death, if the Crown Prince isn’t able to ascend as emperor, you will fall out of luck together with him, if the crown prince ascends as emperor, you have to be careful as to not unluckily fall alone. Number Four: Moonlighting as a s*x worker, though the intensity of the job is unlikely to be very big, however, there is no power to select the service partner. To summarize, the job of Crown Princess isn’t particularly a good job, no prospects, large stress, and the manual labor is intense…… Okay, in fact that was just a flood of words, a simple summary is: This is a story about a “woman’s” struggles in the harem…… At the same time, it is also about a “man’s” sufferings in the harem…… – Description from Novelupdates Details Show more Show more

I Became Popular After Participating In Escape Games

The Reborn Girl’s Path to Glory