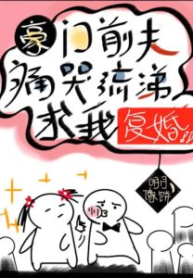 Ruan Tian had been in love with Shen Shu for a long time. She pursued him fiercely while they were young, and was crazy for his love.

Ruan Tian always knew that Shen Shu still had a white moonlight inside his heart, but she was still willing to be the disposable stand-in if it meant she could be by his side.

However, no matter how hard she tried, she was always just an unwanted and scheming white lotus girl in Shen Shu’s eyes.

She was a notorious actress who lingered down near the eighteenth tier of the entertainment industry.

Then, in their second year of marriage, Ruan Tian was hit on the head and was surprised to realize that her life was a novel, and she was only the girl the domineering CEO was using as a substitute.

She was just an insignificant stepping stone in the story for Shen Shu and his white moonlight. A tool that would be used up until there was nothing left but a miserable smear of blood.

Thoroughly sobered by this realization, Ruan Tian hurriedly filed for divorce and didn’t hesitate to kick Shen Shu to the curb.

Dressed as an Idol’s Sister

Acting, Beautiful Female Lead, Businessmen, Calm Protagonist, Carefree Protagonist, Clever Protagonist, Cold Love Interests, Divorce, Doting Love Interests, Female Protagonist, Handsome Male Lead, Modern Day, Showbiz, Slow Romance, Tragic Past, Transmigration
We use cookies on our website to give you the most relevant experience by remembering your preferences and repeat visits. By clicking “Accept”, you consent to the use of ALL the cookies.
Do not sell my personal information.
Cookie settingsACCEPT
Manage consent