The Side Character’s Hidden Boss! 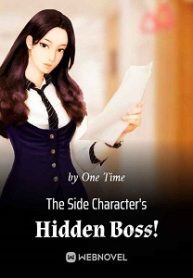 The Side Character’s Hidden Boss! Synopsis A 20-year-old genius medical student transmigrated to a book she read during an experiment and became a female supporting character named Mo Li. In the book, Mo Li was originally a kind and good girl. However, she was framed and slandered by the white lotus female protagonist. In the end, she was betrayed and abandoned by her family. Her personality changed drastically, and she ended up in a tragedy. After understanding her situation, she decided to fight back and change her fate. Although she was only a medical student, her medical skills in the real world were 50 years ahead of those in the book world. Hence, with her unparalleled medical skills and his ability to foresee the plot… The brothers in the family who hated Mo Li initially all held Mo Li in their hands and treated her like a treasure in their palms. They all turned into crazy demons who doted on their younger sister. The leader of the underworld said, “Whoever dares to bully my sister, I will break his legs.” The business genius’s second brother, “My sister has a bad temper. If anyone dares to make her angry, I’ll let him spend the rest of his life in the slums.” The third brother of an international superstar, “I’m not free this month. Don’t look for me for any activities. I want to spend the summer vacation with my sister.” And the original female protagonist in the book finally met her opponent. After Mo Li exposed her various evil deeds time and time again, she eventually suffered the consequences of her own actions and was abandoned by everyone. Show more

Diary of Raising a Mermaid