The Studious Goddess Is Not To Be Provoked 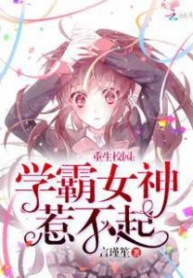 After rebirth, Xia Wei’an is determined to live a wonderful life.

As a result, from the scumbag to the academic tyrant, from the passers-by into the shadow queen.

Repel all demons and monsters, invincible.

It’s just that the Kyoto Emperor is a bit difficult to deal with!

It is said that men chase women across the mountain, and women chase men’s interlayer yarn.

But how does Xia Wei’an feel that this road of chasing men is not only separated by a mountain, but also by a river?

Let’s look at how our muffled, black-bellied, dedicated and gentle Kyoto emperor dug a big hole for Xia Wei’an.

Then, step by step led her to take the initiative to walk into the pit.

I Am the Little Green Plum in the Heroine of Heaven

Acting, Beautiful Female Lead, Celebrities, Cold Love Interests, Devoted Love Interests, Female Protagonist, Handsome Male Lead, Older Love Interests, Rebirth, Revenge
We use cookies on our website to give you the most relevant experience by remembering your preferences and repeat visits. By clicking “Accept”, you consent to the use of ALL the cookies.
Do not sell my personal information.
Cookie settingsACCEPT
Manage consent