The Sweet Life: Secretly Married to a Movie Star 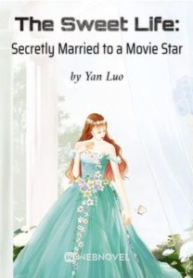 “Xia Yinghou, do you have a boyfriend?”

“Xia Ying Queen, do you know that President Han publicly expresses his love for you? Will you agree to President Han’s pursuit?”

Xia Yishan pinched her eyebrows, “No, I don’t know, no comment, thank you.”

There was a commotion in the crowd, behind her, a red book accidentally fell out of the arms of Actor Su.

Su Jingting approached and hugged Xia Yishan’s waist and said to the reporter who asked the question, “She has no boyfriend, only a husband. Go and tell Hanzi Mo to not daydream.”

Hey hey hey-it is said that the actor and actress hidden marriage!

It’s Hard Being the Bad Guy

The World Owes Me a First Love

Female Protagonist, Handsome Male Lead
We use cookies on our website to give you the most relevant experience by remembering your preferences and repeat visits. By clicking “Accept”, you consent to the use of ALL the cookies.
Do not sell my personal information.
Cookie settingsACCEPT
Manage consent