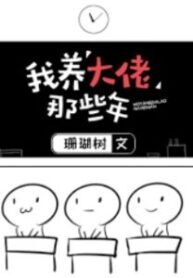 The Villainous Bosses Mentoring System Average 5 / 5 out of 2

Ever since Su Tian had transmigrated, she received a “Villainous Bosses Mentoring System” that could automatically identify villainous bosses IN THE MAKING. As for her missions, they were a little more complicated. For example: Stopping the boy in her class from deviating onto the path of becoming a villain; Turn the boy who was going to create a global financial crisis into Jack Ma of the new world; Talk the strange girl working at the toy shop out of her spending habit, because she will be the cause of hyperinflation! And the boy from the countryside that she ran into, please give up on developing bioweapons! Why don’t you focus on the Nobel Prize instead? Just when Su Tian thought all the little villains were growing straight up into upstanding people under her “education of love”, the small villains brought about a big villain… The young man has slender arms and legs and he cornered her into the restroom. He looked deeply into her eyes said, “I also need …” Su Tian shuddered, “What… what do you need?” “The education of love,” said the young man meaningfully! Ten minute later, Su Tian… was educated. System: This system is only responsible for identifying villains IN THE WORK. Matured villain are outside of its parameters. – Description from Novelupdates Details Show more Show more

The Villain Big Boss Just Wants to Spoil Me

The Rebirth of the Malicious Empress of Military Lineage