The World of the Pirate Consort 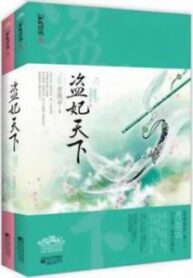 She is a daughter of a marquis. People only know her as the timid and cowardly young maiden, unaware that her other identity is the imperial capital’s famous, who awes the world, “slender gentleman“ is her.

She was promised a marriage 10 years ago and painstakingly waited 4 years for her groom. The morning her supposed partner returned to imperial court, he’s holding another woman.

In a single evening, from primary spouse she was demoted to secondary spouse.

For love, she supports and assists him. Together they share trials and tribulations, flying side by side. Who would expect all he did was for another woman?

He was born in the top chain of power, yet he grew up inside the darkness, enduring among conspiracies. Maturing from a weak youngster to a war-god.

For the woman he has once loved, he met her on the battlefield [1]. Every move fierce. He helplessly watched her ripping apart her sleeve, falling into bottomless cliff with a smile….he was hurt to the core. After this imperial ancestral temple and jiang hu, sky and sea, are we never to meet?

Coming out of prince’s manor, visiting vast sea, walking on the grassland and dealing with maritime power struggle.

Only, you have once said you have been waiting for a person — a person who you admire, who you adore, a woman who could stand side by side with you.

Now, have you regretted?

The Jealous CEO Treats Me Hypocritically