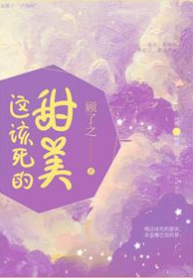 This Damned Sweetness Average 5 / 5 out of 2

A sweet beginning— Xu Qiao was working night duty at a tollbooth. In the early morning, she dozed off until the chick pecked rice*, and was woken up by a rich, gentlemanly car owner: “Seeing you sleep so soundly, I can’t bear to disturb you, but I’m really in a hurry to get past. Ah, sorry for the inconvenience.”

Xu Qiao’s heart was stirred in a flash and she worked the night shift everyday from that point on.

A week later, with dark circles under her eyes, she complained to her girlfriends in a bar: “We’ve already met up in the middle of the night so many times, why hasn’t he even asked for my number yet?”

Just when her voice fell, she overheard a conversation from behind: “For a little girl, I go on late night drives instead of sleeping. I’m so tired my eyelids are coming to blows.”

“What are you acting a gentleman for? Just directly go up and ask for the phone number.”

“Don’t you feel she’s too pure to put your hands on?”

Xu Qiao unhurriedly turned around and cleared her throat: “Sorry to bother you, but in fact she might not be as pure as you believe.”

Xu Qiao: My golden rule when dating; if we fight, I will absolutely never give in.

Cheng Lang: My golden rule when dating; if we break up, we will absolutely never get back together.

Several days after a cold war.

“This damned sweetness is an offending slap in the face.”

My Youth Began With Him

Female Protagonist, Handsome Male Lead, Heartwarming, Wealthy Characters
We use cookies on our website to give you the most relevant experience by remembering your preferences and repeat visits. By clicking “Accept”, you consent to the use of ALL the cookies.
Do not sell my personal information.
Cookie settingsACCEPT
Manage consent