This Lord is Too Cruel 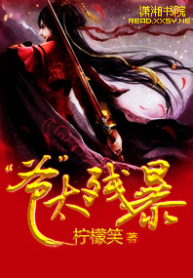 When the savage and coldblooded wolf girl transmigrated into the brutal and bloodthirsty regent, she just wanted to say, “this Lord” is cruel, but also very gentle.

However, no matter how gentle the wolf, it will not change its carnivorous nature…..

The beautiful male harem——they are courteous and flattering, yet hide murderous intent…..

The Emperor is young——he looks harmless but conceals malice…..

The Empress Dowager is genuine——she makes pretense at compliance but she calculates and schemes at every step…..

The officials are loyal——they bow their heads in submission but their honey words hide blades…..

The kingdom’s state of affairs is turbulent and faces the imminent invasions of powerful kingdoms desiring to flatten her tiny territory…..

She looks up at the moon and wolf howls, “this Lord” is very gentle, but even more cruel!

Her rebirth is destined to rewrite the history of Feng Kingdom, but who can accompany and assist her in composing this beautiful and splendid poem…..

Transform Into the Marvel World

Ancient Times, Beautiful Female Lead, Cold Protagonist, Cross-dressing, Female Protagonist, Generals, Handsome Male Lead, Kingdom Building, Loyal Subordinates, Politics, Polyandry, Power Struggle, Reincarnated in Another World, Reverse Harem, Ruthless Protagonist, Secret Identity, Transmigration, Wars
We use cookies on our website to give you the most relevant experience by remembering your preferences and repeat visits. By clicking “Accept”, you consent to the use of ALL the cookies.
Do not sell my personal information.
Cookie settingsACCEPT
Manage consent