This Mizukage Is Very Strong, But Overly Cautious 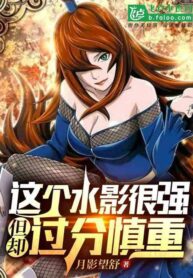 This Mizukage Is Very Strong, But Overly Cautious Average 2 / 5 out of 1

Reborn in the Naruto world of World War II, Ryosuke Mizuki became an ordinary ninja in Kirigakure. Just when he thought that as long as he practiced ninjutsu like this, lying flat and being a jerk. In an accident, he actually sat on the position of Mizukage. The most “stable” Mizukage was born. Murder will raise its ashes, and everything is planned and then acted. Sarutobi Hiruzen: “I know the five-attribute escape technique, what? You kid can do that too?” Madara Uchiha: “There is one more opponent I recognize besides Hashima.” Black Zetsu: “This kid is too strong, I’m afraid even the resurrection of his mother can’t beat him…” Terumi Mei: “As long as you are Mizukage for one day, I will be at ease as Mrs. Mizukage.” Tsunade: “Md’s mother Hokage is quitting! Go to Kirigakure and grab a man!” Show more