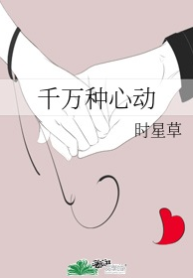 After marrying Chen Lunan, Yan Qiuzhi, who had just entered the circle and planned to take the sexy route, was told that he prefers a gentle home style. In order to preserve Mrs. Chen’s identity, she began to pretend to be dignified and virtuous.

He even declared that he would not take any intimate scenes and dropped directly from the 18th line to the 38th line.

Soon after he left, Yan Qiuzhi became famous for a set of sexy photos and spent half a year on the front line. He was as famous as the half-retired movie actor Chen Lunan and was named one of the sexiest actresses in the circle. Since then, various sexy roles have been invited continuously.

One day, Chen Lunan, who had gone abroad to study, returned to China in a low-key manner, but the airport was crowded. Chen Lunan raised his eyes stimulated by the long-lost screams. What appeared in front of him was a picture of a lotus flower in the water. The white porcelain is dazzling and dazzling, attracting people’s hearts.

Unlike the wife in his memory.

Later, Yan Qiuzhi, who had been free for a year, had to coax a man who had been deceived by her for a long time.

Chen Lunan bowed his head and kissed her wet pupils, with a dull voice: “Have fun?”

His Highness, Don’t Leave! I Will Lose Weight For You!

Female Protagonist, Handsome Male Lead
We use cookies on our website to give you the most relevant experience by remembering your preferences and repeat visits. By clicking “Accept”, you consent to the use of ALL the cookies.
Do not sell my personal information.
Cookie settingsACCEPT
Manage consent