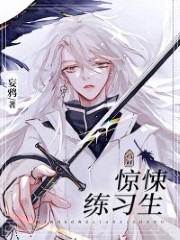 The down-and-out magician Zong Jiu wears the book. He wore a horror infinite stream of draft essays and became the cannon fodder in the book that died tragically in the first round of the competition. If you want to change this to someone else, I’m afraid you will be scared to death immediately. Unexpectedly, Zong Jiu is not only not afraid, but also flying all the way, and there are frequent show operations. Once the operation was completed, the life was safe and sound, and Liangzi, the biggest villain in the whole article, also forged. Today you shame me, and tomorrow I will get it back with my backhand. It’s kind of fun to come and go. As a result, the waves returned to the waves, and one time the waves were overturned by accident. Looking at the enemy who pressed him to the ground, Zong Jiu lazily raised his eyes, “Kill if you want, don’t talk nonsense.” Being in a disadvantaged position, there is no trace of fear, but he continues to make death provocations. The man rubbed the roots of his ears with cold fingers, and the motion of pressing against the aorta suddenly stopped. “It’s a pity. I changed my mind.” – Description from Unknown Details Show more Show more

A Walk-on Actor Who Wants to Be A Baker

The Boss Became My Three-year-old Son

After Rebirth: What Should I Do if My Boyfriend Has a Boyfriend?