To Burris The Spellcaster And His Family Dependent 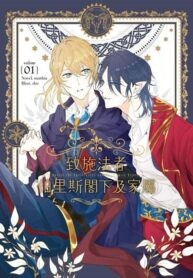 A long time ago he made a promise on the ice field where death and snow were intertwined.

Years later, Necromancer Burris worked very hard to finally break the curse of the ancient gods and let the imprisoned Skeleton King leave the Marsh of the Dead and return to the human world.

As a token of gratitude for fulfilling the promise, the mage not only regained his youth but accidentally gained something else –

A love story with a higher undead demigod, an infernal being?

Quick Transmigration: The Host Is Sweeter Than Sugar

A Nest of Snakes Inside an Old Tomb