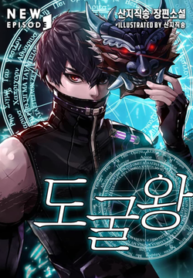 The tombs of the gods have appeared in the world!

People who were able to collect the artifacts inside these tombs could use the abilities of heroes of lore, granting them wealth and power.

Then, an unknown Tomb Raider who started to loot those artifacts suddenly appeared.

He is known as the Tomb Raider King.

“Damn it, this is driving me nuts! That damn bastard looted everything here too!”

What’s yours is mine. What’s mine is obviously mine.

The Tomb Raider who revived in the past after his death will start to take every tomb in the world for himself!

Adapted to Manhwa, Artifacts, Cunning Protagonist, Curses, Evil Gods, Gods, Hunters, Korean, Legends, Male Protagonist, Modern Day, Poor Protagonist, Poor to Rich, Racism, Second Chance, Spirits, Thieves, Weak to Strong
We use cookies on our website to give you the most relevant experience by remembering your preferences and repeat visits. By clicking “Accept”, you consent to the use of ALL the cookies.
Do not sell my personal information.
Cookie settingsACCEPT
Manage consent