Transmigrated As My Former Uncle’s Sweetheart 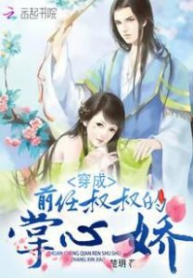 Lu Liangwei hanged himself for a man, and for a while, Lu Liangwei became everyone’s laughing stock.

Who dares to ask for a woman that the prince doesn’t want?

Everyone thought that Lu Liangwei could only be an old aunt in this life, and had a miserable life.

No one thought that she would suddenly become the prince and his aunt, and become the most noble woman in the world, the cruel and noble man, only pampering her in his palm.

Those who had harmed her and spit on her all knelt at her feet! (Shuangjie, Hao pet!)

Before the Cannon Fodder Eloped

Arranged Marriage, Devoted Love Interests, Doting Love Interests, Doting Older Siblings, Familial Love, Female Protagonist, Handsome Male Lead, Imperial Harem, Marriage, Older Love Interests, Transmigration
We use cookies on our website to give you the most relevant experience by remembering your preferences and repeat visits. By clicking “Accept”, you consent to the use of ALL the cookies.
Do not sell my personal information.
Cookie settingsACCEPT
Manage consent