Untouchable: Reaper of the Battlefield 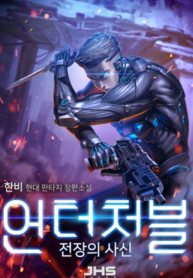 A veteran mercenary vow, who has been serving on special forces missions for almost his entire life, was questionably killed by unknown mechanical soldiers during one of his missions.

However, he who only knew he was dead encounters a whole new world with an unexpected and mysterious phenomenon, and his solemn vows of survival in a hellish environment are restored to the original world through the power gained there.

But unexpectedly, the time he came back was not now, but in the past.

Age Regression, Korean, Magic, Male Protagonist, Mercenaries, Merchants, Military, Modern Day, Overpowered Protagonist, Revenge, Soldiers, Sword And Magic, Wars
We use cookies on our website to give you the most relevant experience by remembering your preferences and repeat visits. By clicking “Accept”, you consent to the use of ALL the cookies.
Do not sell my personal information.
Cookie settingsACCEPT
Manage consent