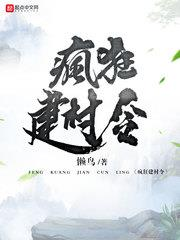 Zhang Yang received a peculiar order to build a village. He thought he would embark on the road of winning the life of the farming hegemony and the king and emperor, but who would have thought that he had entered the wrong map. It turned out to be mysterious and unpredictable, with demons and monsters running rampant and fighting strength. The fantasy and wild world straight up to the sky.

Looking back at the ten human pikemen who had just been recruited, Zhang Yang wanted to cry without tears. Miss customer service, can you send me back to the game channel?

The World of Masks

Kingdom Building, Kingdoms, Male Protagonist, Monsters, Summoning Magic, Survival, System, System Administrator, Transmigration, Weak Protagonist, Weak to Strong
We use cookies on our website to give you the most relevant experience by remembering your preferences and repeat visits. By clicking “Accept”, you consent to the use of ALL the cookies.
Do not sell my personal information.
Cookie settingsACCEPT
Manage consent