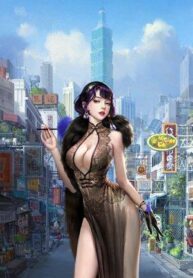 Travel into the world of an urban novel. Others are the protagonist or the villain who is a rich second generation, but I have become a bodyguard. If you become the heroine’s bodyguard, that’s fine, but it turns out that the heroine’s vicious queen’s bodyguard becomes the villain in the villain. In order not to become cannon fodder, Chen Luo decided on the spot to abandon the darkness and turn to the light. How can I, a dignified traveler, become a villain, or the most unprofessional scoundrel among the villains. Just as he was about to resign, the Bentley key and one million bank cards were photographed in front of Chen Luo, and the female protagonist’s stepmother glared at her with watery eyes. Only then did Chen Luo realize that she was not looking for a serious bodyguard! Show more