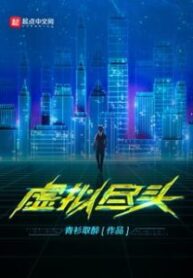 Introduction 1: Liming City has been the city with the highest crime rate in the old land for ten consecutive years. Talking about the rebels and the Knights of Space and Time that continue to create terrorist activities and endanger the safety of citizens, Mr. Chen She, the outstanding Liming City Councillor, outstanding entrepreneur, and gold medal super dream producer, was emotional. “They are a bunch of lunatics, it’s too much!” “They want to give me a yellow robe! They think I am the returnee in the fable!” “Can someone take care of them? I can’t control them!” Introduction 2: After traveling to another world for ten years, Mr. Chen She decided to create a world famous painting of the stream of consciousness in the future with “Super Dream Producer Thinking”. “What are the countless media shooting on the skyscraper on the left?” “Oh, that’s Chen She, an outstanding Dawn City Councillor, an outstanding entrepreneur of the Silver Star Federation, and an artist of the surreal genre receiving the award.” “Who is surrounded by the Resistance Army and the Space-Time Knights in the underground world on the right?” “Oh, that is Chen She, the wise leader of the rebellion, the terrifying head of the Temporal Knights, and the leader of the largest armed group, planning a conspiracy.” “Where is the legendary super dream producer who has come to the end of the virtual world, broke the boundary between virtual games and reality, and led the people to break the iron wall of capital?” “Chen She, the producer of Super Dream, is thinking: How did things turn out like this?” – Description from MTLNovel Details Show more

Shock! Can You Become a God Even By Playing Games?

There’s A Bug In Me