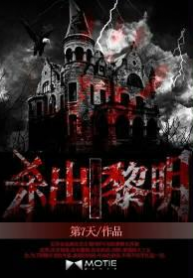 My brother became the first victims of an unknown virus.

Without knowing it, my elder brother was bitten suddenly. On the night the family was taking care of the hospital, more than one hundred bitten patients died suddenly. What’s terrible is…After the death, they stood up again. Become bloodthirsty and hungry.

We are all their food.

Two months after the rest of the family hid in the back kitchen of the canteen of the hospital, the world has been overturned by the “people” who stood up.

The same terrible things are happening all over the world!

The world is changed, there is no system, no police, no government.

He Mo, an ordinary junior girl, in order to take care of her elderly grandmother, weak mother, and young brother.

Had to gritted his teeth and carried everything.

The survivors who have joined one after another are all the most inconspicuous in the world of thousands of flowers, united and gathered together to survive.

Our purpose is simple, to live, just to live.

Human immunity is ineffective against viruses, and the only way to avoid infection is to ensure that you never get bitten! !

You, me, we… At this last moment, there is no nation, no borders, united to face the barren and cruel world.

Adventurers, Apocalypse, Betrayal, Cannibalism, Female Protagonist, Near-Death Experience, Survival, Zombies
We use cookies on our website to give you the most relevant experience by remembering your preferences and repeat visits. By clicking “Accept”, you consent to the use of ALL the cookies.
Do not sell my personal information.
Cookie settingsACCEPT
Manage consent