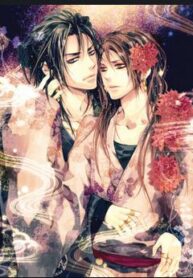 Yeho is a distant relative to a king in a small kingdom. Even though he is a distant relative, his house was very poor, and his mother was addicted to gambling. One day North Empire asked for Princess Sooyoung to be a concubine of an old Emperor because she was known for her beauty. But the king really loved his daughter so instead he ordered Yeho’s older sister to disguise as Princess Sooyoung and marry the old Emperor. Yeho told his sister to run away with her lover, and his sister had to leave her younger brother alone with his mother. After she ran away, Yeho asked his mother to give the things back to the king that she got for trying to sell her daughter, but his mother already used the gifts to pay off her gambling debt. He was trying to give the gifts back to the king to take away his order, but now he can’t do that anymore. He tells his mother to run away, and he disguises as his sister to go to North Empire.After he got there, he was trying to tell the Emperor the truth and take away his life, but the Emperor went out for few days to look around his empire. When the emperor came back, he wasn’t as old as he thought. Show more

I, a Demon Slayer Girl, is Invincible!

After Marriage, the Boss Discover My True Identity

I Defeated the Devil, So I Had To Become the Devil Myself