You Are My Only Love 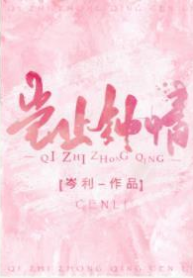 The popular male star Sheng Yu and Ji Qingwan, known as the goddess, were exposed to a scandal. After that, the two participated in a variety show together, similar to the escape of a drama role.

During the first recording, the two were trapped in a dark room, and the video was completely dark.

When the barrage spit out and couldn’t see anything, I suddenly heard a bang. After the video was quiet for a few seconds, the familiar voice came.

The man’s tone was still careless, and the ending sounded slightly: “A night, I’m afraid.”

My Wife is a Beautiful CEO

Quick Transmigration: Help, The Male Leads Are All Broken!

Puffed-up after Giving Birth to a Wealthy Man’s Heir

Celebrities, Female Protagonist, Handsome Male Lead, Showbiz, Smart Couple
We use cookies on our website to give you the most relevant experience by remembering your preferences and repeat visits. By clicking “Accept”, you consent to the use of ALL the cookies.
Do not sell my personal information.
Cookie settingsACCEPT
Manage consent