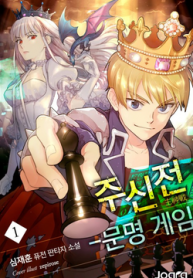 The newly created World Eden Titles Pursuit will be held as a substitute for the Cao’s World of Survival National Feud game among 22 gods, and after the university holidays game obsessed with part-time and virtual reality games, Hodgins will be summoned to the goddess Isis to enter the game after obtaining a reflexive co-ordinator qualification and plea promise.

Unfortunately, however, he has escaped from the Outlaw Country of Abyss, the weakest nation in the middle of the continent &amp; became King of the Scarecrow &amp; began searching for ways to survive the devastation of the Mafia and the invasion of nearby powers despite being frustrated by difficulty 1.

The writer’s compulsory discipline is not bad, but he is bored by the oversills that say the Ministry of Diplomacy has been shamed with drink water on his head in a game that was only developed during the beta test, the country of warm outlaws who only live without the law, the purification of the surrounding people for the main character and the appearance of the character (even Lori Sudook) become immensely childish. Not recommended by anyone other than minors.

I Will Die If I Don’t Give Birth To The Male Lead!

Fantasy World, Growth, Korean, Male Protagonist, Military, Nobles, Pleasure, Royalty, Wars
We use cookies on our website to give you the most relevant experience by remembering your preferences and repeat visits. By clicking “Accept”, you consent to the use of ALL the cookies.
Do not sell my personal information.
Cookie settingsACCEPT
Manage consent