Doting On Wife Like It’s His Life, The President Is Determined Not To Divorce 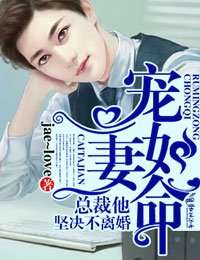 Doting On Wife Like It’s His Life, The President Is Determined Not To Divorce Average 5 / 5 out of 2

Mu Xin Cheng didn’t expect that when she woke up, she turned from eighteen to twenty-four inexplicably. More-over there were husband and sons, not to mention that her husband was actually him?

Jiang Jing Zhi, a well-known powerful man in the Wu city, rumored that he is cold-tempered and not close to female, but there are more women who want to sleep in his bed than a river of crucian carp (metaphor for a lot of fashionable things).

But Mu Xin Cheng was certain that he would definitely not be one of the crucian carp, let alone even having children with him. The question is, what happened in the six years of blankness?

He said, “We got married six years ago because of love.”

Mu Xin Cheng looked at the wedding photo hanging on the bedside, in the photo she was indeed smiling happily. She believed what he said.

He said, “The son is the fruit of our love. He is already five years old.”

Mu Xin Cheng looked at the child who looked like a mixture of herself and him, and she believed what he said.

However, she who only has the memory of eighteen years old hates him!

And so,
“When will you be willing to divorce?”
“When you think about everything.”

Others say that she must have saved the galaxy in her last life, so she can be lucky enough to be loved by Jiang Jing Zhi in this life.

After hearing so much and getting along for a long time, she also thought that during the six years, they loved each other as others said, and even had the urge to fall in love with him again. However, the facts that gradually revealed made her fall into panic, and the love she believed in was also cracked.

Until the time she finally remembered all this, she whispered in tears, “You don’t love me, the child is also an existence you made for others, Jiang Jing Zhi, I want to divorce!”

However, he trapped her in tDhe corner fiercely, “Mu Xin Cheng, you can hate me, but don’t leave me again!”

Mu Xin Cheng looked at the little baby struggling to climb on her lap, feeling at a loss.

She is only eighteen years old, she is still a child, who can tell her how a child take care of a child?

I’m Scattering IQ to the Protagonist

Revenge of the First Daughter

From Sidekick to Bigshot

F**k Off This Damn Money

Amnesia, Childcare, Family, Female Protagonist, Handsome Male Lead, Jealousy, Marriage, Possessive Characters
We use cookies on our website to give you the most relevant experience by remembering your preferences and repeat visits. By clicking “Accept”, you consent to the use of ALL the cookies.
Do not sell my personal information.
Cookie settingsACCEPT
Manage consent