Dying in the Male Lead’s Arms Every Time I Transmigrate 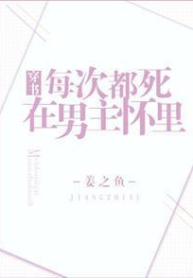 Dying in the Male Lead’s Arms Every Time I Transmigrate Average 4.2 / 5 out of 5

In the novel “Wealthy Ghost Young Master”, the male lead Shi Qi was ruthless. After Ning Meng died, she kept transmigrating into the people near to him.

The first time, when the male lead was 7 years old, she became his biased and malicious grandma.

The second time, when the male lead was 17 years old, she became his money-grubbing female desk mate.

The third time, when the male lead was 21 years old, she became his two-faced love rival.

The fourth time, she had completely transmigrated into the novel using her own body.

When Shi Qi was little, he carried a secret little diary with him where he recorded his grandma’s eccentricity.

Later on, he realized that the person who was good to him wasn’t his genuine grandma, but a stray ghost who had only possessed her body.

After he grew up, he also discovered that these eccentricities also appeared in the people around him……

Every World Seems Not Quite Right (Quick Transmigration)