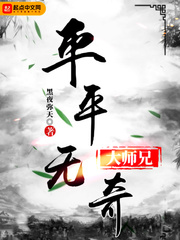 Eldest Senior Brother is Ordinary Average 4.5 / 5 out of 2

Lu Changsheng felt quite unwell. After transmigrating into a XianXia world, he came to possess a protagonist’s face. His temperament was extraordinary, creating many fanatics in all forms of life. Whenever he broke through to the next realm, it would create a “Heaven-Earth Phenomenon”. Whenever he read aloud a poem, it would alarm all scholars under the heavens. Whenever he spoke a few random words from the Tao Te Jing, Zhuangzi, or Huangting Jing, even more phenomenons would appear: a deluge of heavenly flowers, innumerable rays of multicolored sunlight, and mythical beasts offering auspicious omens. Whenever he casually went out to gain some experience and learn, mounts would turn up without being invited and buddhist monks appeared every 10 steps he took. However, it was exactly under this kind of setting. Lu Changsheng refused to believe by all possible means, that his cultivation was ordinary. – Description from Raltzero Details Show more Show more

Pokemon: A Great Responsibility From Heaven

2000 Years of Magic History in My Head