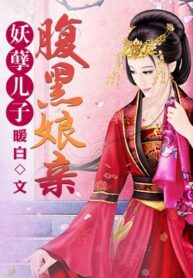 On the surface, she was the widely despised man-chasing idiot, but was actually the owner of the world-famous and widely acclaimed chain store “Singing Lady.”

On the surface, he was the bloodthirsty Ghost King that cursed all his wives to death.

However, he was actually the head of an infamous assassins clan, and his power was heaven-defying; creating terror in the hearts of all who heard his name. With an imperial edict, she was bestowed to him in marriage.

However, he kept on refusing to obey the edict and sent people to kill her.

The day of the wedding, she packed up her things and ran away, and finally did he realize that his heart no longer belonged to him but to her…

Ancient China, Assassins, Black Belly, Childcare, Female Protagonist, Transmigration
We use cookies on our website to give you the most relevant experience by remembering your preferences and repeat visits. By clicking “Accept”, you consent to the use of ALL the cookies.
Do not sell my personal information.
Cookie settingsACCEPT
Manage consent