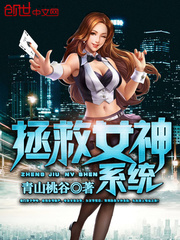 Rich and abandoned son Li Feng, after experiencing company bankruptcy, the death of his mother in a car accident, and his girlfriend’s betrayal, he received the Goddess Rescue System, and the bronze became king.

“Congratulations to the host, the goddess’s favor is +10, and he has obtained the god-level skill “Invisibility”.”

“Congratulations to the host, you succeeded in saving the goddess and getting the infinite black card.”

“Congratulations to the host, save ten goddesses in total and get a resurrection pill.”

From the moment he got the system, Li Feng was destined to embark on a road paved by mudslides!

I Can Copy All the Skills

Complex Family Relationships, Game Elements, Harem, Harem-seeking Protagonist, Male Protagonist, Polygamy, Poor to Rich, Sexual Cultivation Technique, System, Weak to Strong
We use cookies on our website to give you the most relevant experience by remembering your preferences and repeat visits. By clicking “Accept”, you consent to the use of ALL the cookies.
Do not sell my personal information.
Cookie settingsACCEPT
Manage consent