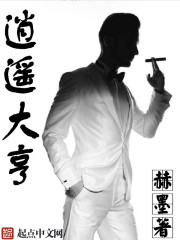 In the 1980s, a good-looking Qing Dynasty old sea yellow circle chair, you can take away twenty yuan, and now, two million can only be touched by you!

In the 1980s, a courtyard house in Houhai cost about two thousand yuan. Now, a house starts at 20 million yuan!

In the 1980s, you took Mr. Gu Jingzhou’s purple clay pot for two hundred yuan. Now, two million is only enough for you to see!

Thirty or forty years ago, Huaxia’s antiques were so cheap that people were stunned. If you had the ability to acquire a large number of them in that era, you would be sure to release them now!

Yang Jing, who was forced by his parents to go to the UK to study for a master’s degree, accidentally bought a ring engraved with gossip for six pounds while visiting a flea market, which seemed to have this function. And Yang Jing also discovered that this ring has far more functions than these…

Picked a Killer as My Wife

Kingsman of the Movie World