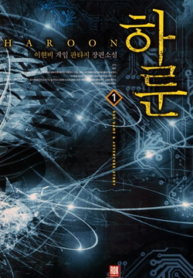 In the distant future, Earth is heavily affected by consecutive nuclear wars and humans are barely surviving under a shield protecting their few “Unions.” Inside the Unions, people are classified from S to F based on their abilities/aptitudes and live in residential zones that match their classification. Our protagonist Jung Min was born as one of the 300,000 artificially inseminated children created to prepare for the future of mankind. However, it turned out that he was aptitude-less (i.e. incompetent) and was thus pushed out to the F Zone, the most dangerous and outermost part of the Union. Then everything changes on his first day of Adulthood: Jung-min receives an advanced Virtual Reality capsule from his foster father for a game called ‘Beyond.’ Overall, Harun is an incredible tale of a failure’s growth and success both in the gaming world and the real world. In South Korea, Harun is considered as one of three best game-fantasy novels (the other two being the Legendary Moonlight Sculptor and Ark).

Number One Lazy Merchant of the Beast World

I am A Villain