How Real Wine Became the Light of the Metropolitan Police 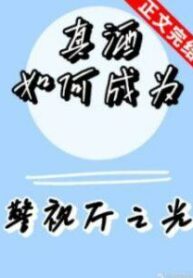 Read How Real Wine Became the Light of the Metropolitan Police Xin Haikong, an ordinary social animal, unfortunately died suddenly after staying up late again, but was sent to the world of Detective Conan by the system, became a bottle of real wine in the winery, and played a game called “Fraud Game”.
In the game, he needs to play a real wine that cuts black and white, misleads readers with various heroic actions, and packs himself into a red square.
After thorough thinking, he decided to go undercover as a policeman to the Metropolitan Police Department, but he never expected that his promotion speed was really too fast.
He acted too hard, solved major cases repeatedly, and with too deceptive appearance, he became the darling of the media, the representative of the Tokyo Metropolitan Police Department, and the rising star of the Japanese police circle. There have been media predictions that he is likely to become the fastest promoted person in the Japanese police circle.
So, if the black-clothed organization is not destroyed again! The high-dimensional system released a game in a different world called: “Fraud Game”.
You are a bottle of real wine and a complete black party. You must act according to your personality and complete the main task released by the system.
But at the same time, you have to make readers think that you are the red party, the embodiment of justice. After the main story begins, you will receive feedback from readers in real time, which can be used to adjust the way you play. When the game is approaching the finale, the system will automatically count the psychology of readers in different worlds, and if more than 80% of the people who recognize you as the red side are the game victory; otherwise, the game fails.
You must do all the bad things without tainting the dust, the city is deep but innocent, and you must make all those who have been hurt by you think that you are the salvation and the light that never goes out in the darkness. 1. There are a lot of private settings, please be tolerant
2. The protagonist is Zhenzhenzhenjiu (the face of the irritable old man), the acting emperor (there is a process of improvement).
3. The full-text timeline is closed-loop, and all violations are foreshadowing. There are a lot of timeline issues involved in the plot, and the mode of internal shuttle in the same time and space is adopted. You can refer to the movie “Previous Destination”.
4. No cp is because stupid writers may not be very good at writing emotional lines, and family and friendship are favored by the group.
5. Mother must be HE
6. It is not recommended to skip chapters to read, because the author is an ambush pen madman, and most of the cases are related to each other.
Supplement: Comprehensive manga, there are literary and competitive juvenile manga content, but the length is less. *
Text field content: Chapter 27 has MAFIA, Chapter 32 has a setting, that’s all. People with supernatural powers will not interfere with the main line.
Only Dazai, who has a good brain, haunts, and the villain Dazai warns.
There will be no strange assumptions such as Ke Xue characters being crushed by Wen Ye, and then evaluate the worldview after reading it. Show more

Genshin Impact: The Thing About the Sword God of Tivat