Invasion Of Ten Thousand Realms: I, The Heavenly Emperor, Summoned By Earth 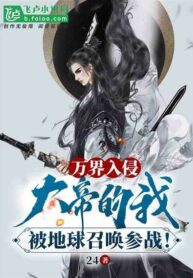 Invasion Of Ten Thousand Realms: I, The Heavenly Emperor, Summoned By Earth Average 4.5 / 5 out of 4

Read Invasion Of Ten Thousand Realms: I, The Heavenly Emperor, Summoned By Earth After graduating from high school, Shen Lian traveled through the fantasy world, and in just 10,000 years, he achieved the realm of the Great Emperor, pushing the heavens invincible.   However, after breaking through the Great Emperor realm, Shen Lian had reached the end of his cultivation path and could no longer break through.   At this moment, a website of Battlefield of the Heavens sent an invitation to Shen Lian.   In the first battlefield, Shen Lian was summoned by Earth to fight!   “You can call me the remnants of the old era, or you can call me the…God of this era!”   When Shen Lian came, the whole earth was shocked!   Hundreds of millions of living beings are like gods!   When Shen Lian pushes the ancient Supreme with one hand and turns over the forbidden area of ​​life.   The powerhouses of the heavens are all terrified!   When Shen Lian comes down time is long…   mtl novel faoo novel Show more

Villain: Suppressing the Protagonist Cut Hu Xiaohua at the Start

I, the Demon King, Sign in the Abyss for a Hundred Years