JOJO: Saved Cesar at the Start! 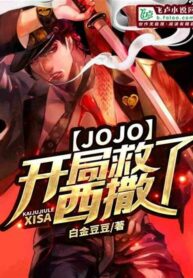 As soon as he came to the JOJO world, Qiao Yu unexpectedly stopped being a human being.   Seeing a bad start, Qiao Yu awakened the Star Eater system, which combines a stand-in and a system.   The man who swallowed the ripples, swallowed the vampires and swallowed the pillars, evolved into the ultimate creature in less than a day.   Save Cesar from Waum, and let him make up his mind to save everyone in the JOJO world who was killed by fate.   Huajingyuan, Abdel, Iqi, Mista, Apache, Nalanga, Kujo Jotaro, Kujo Xu Lun! Giving them a peaceful life is Qiao Yu’s ultimate goal!   Of course, by the way, swallow the substitute, swallow time, and swallow space!   Accidentally, he became Qiao Yu, the god of destiny beyond heaven! Show more

Douluo: Legend of the Ancestral Dragon

The Great Doorway of Daoism

Rebirth of a Movie Queen: the President of the Empire Is Sent to the Door