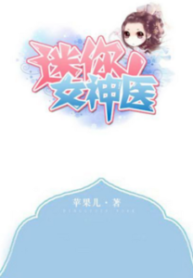 The purple star appears, the land under the heavens is shaken into disorder! Here and now in this chaotic world, who will rule in this rise and fall of fortunes?

He, insidious and callous, the lord of the Western Chu who pledged to seize the entire world — XiMen QingTian?

He, of heroic passion and ten thousand battles, the crown prince of the Northern Yan with a heart connected to the world — BeiTang JiFeng?

He, of demonic charm and abounding evil, the monarch of the Southern Zhu who plays with the whole world — NanGong GuYue?

He, cultured and refined, the prince of the Eastern Qi who forsook the world — DongFang MingXu?

He, sword courageous and qin heartful, the first gentleman of the jianghu who is brave and talented, confident and free — ShangGuan YuChen?

When they met the steady and unperturbed, calm and collected her, the her without desire and demand, everything seemed to change!

She let them understand a fact of objective existence that had yet been ignored by the people of the world:

Who said that women are not equal to men?

Who said that women rely on the peach blossom face of beauty?

Who said that women are unable to support this side of the sky?

Yet, watch how she transforms into a butterfly, roaming the jianghu, galloping on battlefields, stemming the raging tides?

Yet, watch how she does not rely on her appearance, merely using the inherent qualities of daughters to handle a crowd of smart and talented overlords?

Rebirth to the Eighties to Get Rich

Ancient China, Beautiful Female Lead, Calm Protagonist, Clever Protagonist, Doctors, Farming, Female Protagonist, Genius Protagonist, Handsome Male Lead, Poisons, Politics, Polyandry, Reverse Harem, Transmigration, Ugly to Beautiful
We use cookies on our website to give you the most relevant experience by remembering your preferences and repeat visits. By clicking “Accept”, you consent to the use of ALL the cookies.
Do not sell my personal information.
Cookie settingsACCEPT
Manage consent