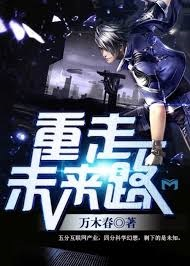 In 2018, the routed soldier of a alien empire accidentally fled to earth. In three days, seven billion people were under the control of mechanical order.

On December 11, 2032, the intrusive empire signed a treaty of peace , and the earth was restored. On the day of universal celebration, Wei Dongsheng was surprised to find that he was reborn in 2002.

Thirty years ago, Wei Dongsheng just became a high school student. Wu Ping, his hometown, was a small and dilapidated county. Wei Dongsheng’s parents had not yet gone out as migrant worker. All three of them lived on a few mu of poor farmland. Looking back on his life, Wei Dongsheng majored in computer science and technology. After graduation, his first round of entrepreneurship was mobile games, so he had a certain understanding of game plug-in.

My Plug-in is Invincible