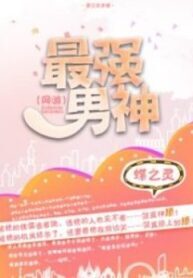 Liu Chuan was a man with a great family background. However, he also had another secret identity that was only known by a few people. His secret identity was that he was a famous high-ranking god within the domestic esports area. He had once led his team and fought against all different types of groups. He swept away everything that stood before him. However, he ultimately ended up retiring without letting anyone know. This was due to personal reasons. After returning back home, he complied with the wishes of his family and returned back to college. He ended up accidentally stumbling onto a dorm room that was numbered ‘301’. For the many different people that were into esports, they also did not expect that the person they had yearned for in their dreams, who was the strongest god within the esports area, had already quietly arrived…. ———— E-sport God Series 1 “The Strongest God” E-sport God Series 2 “God Level Summoner” E-sport God Series 3 “The King’s Return” – Description from Novelupdates forum Details Show more Show more

One Hundred Ways to Satisfy Your Beloved Wife

Story of a Big Player from Gangnam