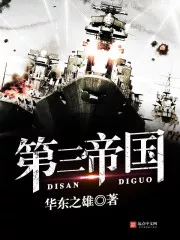 The Medal of Blood, the Medal of Honor and Loyalty, brought Wang Weiguo to the beer hall and participated in this riot that stirred up the whole of Germany!

Imperial tanks are not practical? Then summon the T-34 drawing out! Not yet? Is T-44 enough? T-54 unhappy? Shelling armor-piercing projectiles, composite armor, all loaded on the Imperial tank!

The empire’s army is somewhat small? Well, watch me summon a powerful army of soldiers!

Report, Mussolini is dead! Well, this matter is a bit difficult, it seems that only a puppet can be summoned!

This is a World War II text that respects history, and it is also a cool text with a system!

I Became The Stepmother of My Ex-husband

Army Building, Betrayal, Kingdom Building
We use cookies on our website to give you the most relevant experience by remembering your preferences and repeat visits. By clicking “Accept”, you consent to the use of ALL the cookies.
Do not sell my personal information.
Cookie settingsACCEPT
Manage consent